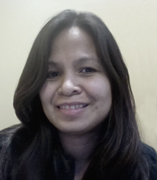 Aside from having a French inspired name invoking a bistro ambience, this website has nothing to do with food. The webmistress's name is French as well, but unlike the site, she likes everything to do with food. Eating, mostly, although she knows her way around the stainless steel jungle well enough to be able to whip up a spread for a small battalion (aka family) in no time. And indeed, she in fact donned a chef's toque, substituting for sick cooks in an upscale casual bar and restaurant she helped build. She was also the chief mixologist and barista in the aforementioned place of bacchanalia. But that was another life for her.

Zet (she prefers this androgynous monosyllabic name) wears many hats. She even made them when none fit and earned the namesake of that famous one who called tea time at random occasions. She's really not different from any homemaker especially now that you know that she, too, crafts and reads the classics. And if you haven't known by now that she has a penchant for telling stories, it would be a surprise to know that she first matriculated as an English major in hopes of becoming a writer.

Alas, before she could write the next great novel, there were little anecdotes worth sharing by email and myriad things that couldn't wait to be sold in one garage sale. Next thing she knew she was learning html amidst the first browser war. Then her first "Hello World" page was uploaded onto one of Tripod's servers in February 1998. Shortly afterward, she was asked how much she would charge to build a website for a budding business.

Zet reentered university lugging a huge backpack filled with a laptop, textbooks, cameras, lenses, gadgets, high energy snacks and drinks, and a blanket—since there were some nights that she had equated campus with camping. This period of exploration found her inner geek and definitely put a lot on her plate. Having taken on the roles of designer, developer, graphic artist, photographer, videographer, researcher, tutor, and team leader, she's ready for any multimedia project you might have. And she loves a movable feast.